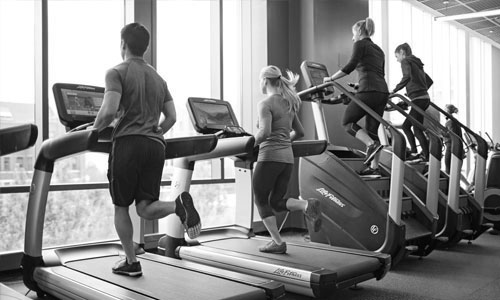 Success stories in health and fitness begin long before physical activity commences, before the first big healthy shop of the year, before the new gym gear is purchased and before a choice is made about how and where this change is going to occur. Success begins with a decision to change. I ask everyone I meet on a professional basis why they picked that day to make a change and there is for the vast majority an event or a realisation that precipitated the decision. By just having made this decision these guys and girls are already, by default, one step ahead of the game. They have accepted their challenge and have made the first step to meeting it head on. Conversely, for every one person who does act on this thought/event (whatever it may be) there are another ten, hundred or thousand people who do not. This article is for them.

I am often amazed by how different people respond to challenges.

Ask a child how long they think it would take them to run to the end of the road and back and they will turn and run as fast as they can first and ask how long it took them afterwards. Now ask their mother or father the same question and they will most likely decide that they possess neither the time nor the requisite footwear to complete the task, guess an approximate answer and move on without ever really trying or knowing.

In keeping with the same analogy:

Imagine being woken up as a child by your parents being told that today you are about to embark on a perilous journey fraught with danger and adventure. You will have to learn new skills, see and experience new things, meet new people and you might even have to fight at times because on all sides there will be obstacles. They tell you that while it won’t be easy, and while success is far from guaranteed if you stay true you will succeed and find a wonderful treasure buried deep down somewhere very far away. The vast majority of children will instantly rise to the challenge, put on their cape and give it their all arriving home many hours later covered in cuts, bruises and dirt with a story to tell of the evils they defeated and the treasure they found and a smile on their face.

In contrast imagine your adult self waking up to the same challenge. We, as adults, are unfortunately far more likely to take a vastly different approach. Instead of packing our cape we say things like ‘maybe if I just google the treasure I can get it without leaving the couch’ or ‘well there’s something on TV I want to watch, so maybe I’ll do it tomorrow’ or (and far more likely) we would respond ‘no chance, that sounds too hard and I’m afraid to even try’.
What a shame it is that we forget how to play and even worse how to dream. Instead of perceiving ourselves as heroes of a story we end up prisoner to our fears, doubts and insecurities and while some of us are too afraid to look for this treasure many more are unaware that it even exists. Our adventure is replaced by our excuses.
Let’s take this analogy full circle.
Imagine that that the you in the story is the same you as is reading this right now and that the treasure is your physical and mental well-being. The manifestation of this is a million or more different things specific to you. While it might be buried deep and seem very far away you really can have it if you believe and are ready to work for it. A new physique, increased ability, a new mindset, and a courage and confidence that is only built through the challenge are all there for the taking. But remember, what motivated the child above holds true:

You will have to learn new skills, see and experience new things, meet new people and you might even have to fight at times because on all sides there will be obstacles … while it won’t be easy, and while success is far from guaranteed if you stay true you will succeed.

Now imagine that today is the day.

Believe that the greatest story you ever tell should be your own and get your cape, because the adventure it is about to begin.

About the Author Internet FitPro

Fill out the form below to book your Free Coaching Session